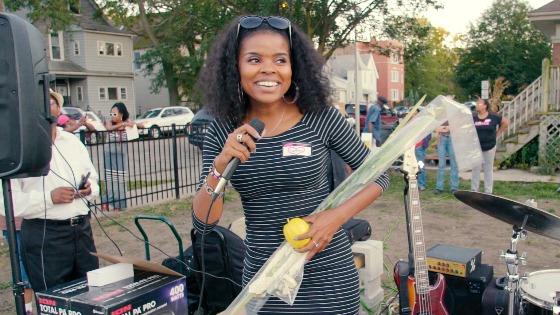 Tamar Manasseh, the subject of the documentary THEY AIN’T READY FOR ME, playing at the 2020 Boston Jewish Film Festival.

In this bonus episode, Evan chats on the phone with Ariana Cohen-Halberstam, Artistic Director of Boston Jewish Film. She reveals how the pandemic shaped this year’s virtual Boston Jewish Film Festival and how her team is trying to go “beyond the screen” with classes and musical performances. She also talks about exciting filmmaker Q&As, important films in the lineup about Jews of color, and this year’s Israeli TV binge, where viewers can watch an entire season of the show UNCHAINED. Other films discussed include SAUL & RUBY’S HOLOCAUST SURVIVOR BAND, IN YOUR EYES I SEE MY COUNTRY, ASIA, HONEYMOOD, SHARED LEGACIES, and THEY AIN’T READY FOR ME.