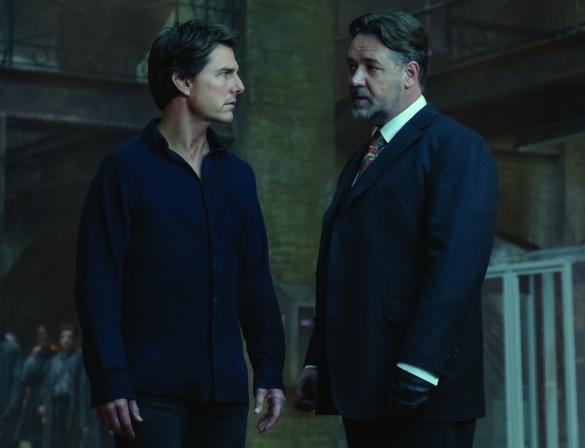 “Russell…your arms were too big to be a mathematician’s in “A Beautiful Mind.” I think they’re waaaaaaay too big to be Dr. Henry Jekyll’s, so just turn into Mr. fuckin’ Hyde, already, OK?”

This week the guys surprise themselves by reflecting more on string cheese than any adult probably should. Then Evan delves into “Crewind,” the segment formerly known as “Catching up with Crean,” to share his experience watching CLUELESS (at 5:14) for the first time and rewatching Michael Mann’s HEAT (at 9:24) on blu-ray. After he’s done talking about the loving satire of CLUELESS and the awesome actors he forgot were in HEAT, he cedes the floor to Dave to cover IT COMES AT NIGHT (at 14:35), the sophomore effort by KRISHA director Trey Edward Shults. Dave explains why the film deserves a second and possibly third viewing, even though nothing really comes at night, before Evan and Kris explain why THE MUMMY (at 39:24) doesn’t deserve a single viewing due to its stupidity and failure to launch Universal’s Dark Universe franchise.