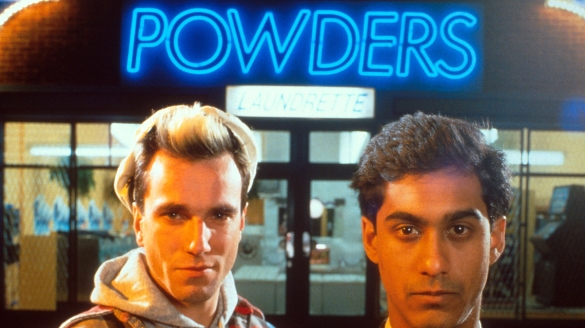 This week’s episode starts with Dave fresh off of MY BEAUTIFUL LAUNDRETTE (6:30), which he saw as part of Coolidge Corner Theatre’s series dedicated to Daniel Day-Lewis, “I’m Finished!” It’s all over the place with a million plot threads and an impossibly large cast, but boasts a terrific grit and excellent performances. Next up is Kris, who just finished reading Boris Pasternak’s DOCTOR ZHIVAGO and rewatched David Lean’s adaptation starring Omar Sharif (21:17). Kris wishes he were more impressed with the film after reading the novel, but is he breaking his own rule of separating films from source material by lowering his opinion of a movie he enjoyed? Maybe, and he’s the first to admit it. The episode then close things out with a recap of FIRST THEY KILLED MY FATHER (36:42), Angelina Jolie’s film about life under the Khmer Rouge. The guys are split — Dave and Kris enthusiastically in favor, with Evan on the fence as to whether it’s a success in its own terms.