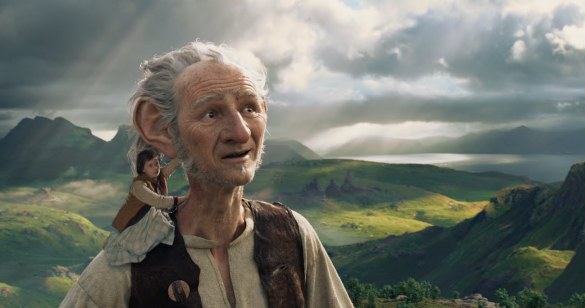 Some of the very very very good motion capture in THE BFG that Kris describes.

Somehow a conversation about moving on this week’s show turns into a digression about sippy cups where Evan shares why he needs them. The episode opens with a first ever joint segment of “Riedel’s Recaps” and “Keepin’ up with the Jensons,” where Kris and Dave talk about MCCABE & MRS. MILLER (at 4:26), one of Dave’s all-time favorite movies. They fill in some blanks left by Charlie’s exploration from the previous episode and use the segment as an opportunity to discuss Robert Altman in general. Then Kris reviews THE BFG (at 18:30), a movie that is neither Disney nor Steven Spielberg’s best work, but it does contain very very very good motion capture. After that Dave covers EAT THAT QUESTION: FRANK ZAPPA IN HIS OWN WORDS (at 36:22), a talking head documentary that only contains one talking head—Frank Zappa himself. He ends up talking about the Zappa family’s recent drama for a bit before Evan wraps up with OUR KIND OF TRAITOR, a bromantic and tedious spy flick featuring Stellan Skarsgard with a BFM (Big Fuckin Mullet) and a silly Russian accent.