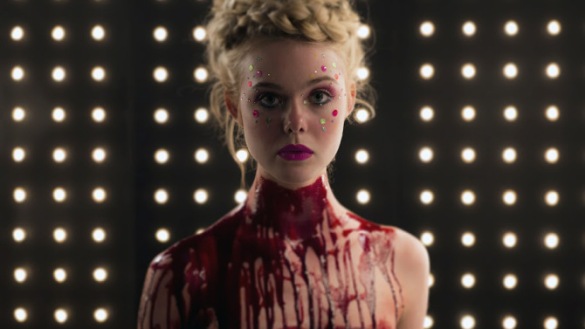 THE NEON DEMON is sick and twisted, but we love it anyway.

This week Evan and Kris explain what “Rick Rolling” is to Charlie Nash, who is filling in for Dave. Then all three of them speculate why they think INDEPENDENCE DAY: RESURGENCE (at 5:28) wasn’t screened for the press before its release. After some discussion about Jeff Goldblum, SAN ANDREAS, and Roland Emmerich disaster movies like 2012, they jump into this week’s films. First up is Nicolas Winding Refn’s THE NEON DEMON (at 13:44), a sick, twisted picture that the guys love, even though it’s fucked up and vile in every sense of the word. Their conversation about a particularly jarring scene involving a dead body allows for a convenient transition into Charlie’s take on SWISS ARMY MAN (at 50:22), a movie where Paul Dano learns to survive on a desert island with Daniel Radcliffe’s farting corpse. Charlie admits that it feels very Sundancey for its story about a nerdy guy trying to get back to a girl, but he is surprised by how much he likes it. Finally, he wraps up with his quick thoughts on MCCABE & MRS. MILLER (at 58:32), which is playing in Boston at the Brattle Theatre. Charlie shares why it’s one of his top five westerns of all time, and why Robert Altman’s film immerses you in a world that feels lived in.