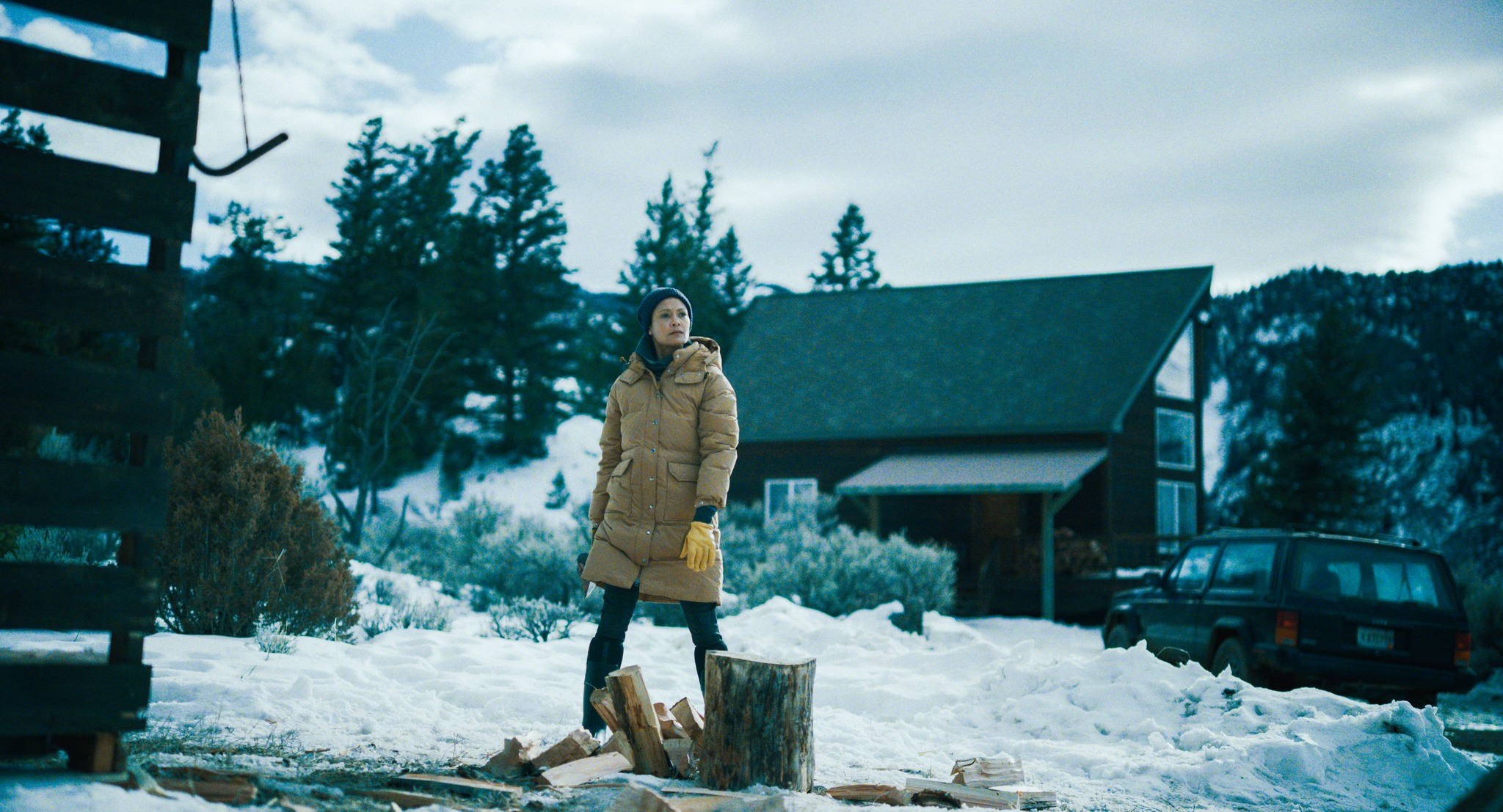 Dave starts the show by reviewing Ti West’s PEARL (2:09), a prequel to his horror film X. It also stars Mia Goth, but is surprisingly different, in a good way. Next, we all discuss Tom George’s 1950s whodunnit SEE HOW THEY RUN (11:01), a disappointing meta send-up to Agatha Christie that at least has fun performances by its leads Sam Rockwell and Saoirse Ronan. Then we cover the Julian Higgins slow-burn thriller GOD’S COUNTRY (23:35), a layered, emotionally complex film about a professor (Thandiwe Newton) caught in an escalating battle with hunters who trespass on her property. And in this week’s Patreon exclusive audio, we talk about Steven Spielberg’s 1977 sci-fi film CLOSE ENCOUNTERS OF THE THIRD KIND!

We start this week by reviewing Jerrod Carmichael’s directorial debut ON THE COUNT OF THREE (1:43), a dark comedy/drama about two best friends (Carmichael and Christopher Abbott) trying to make the most of the last day of their lives. Next, we cover Aaron and Adam Nee’s goofy rom-com THE LOST CITY (19:43), which stars Sandra Bullock and Channing Tatum as a romance novelist and her cover model who end up on a jungle adventure. We wrap up with Sam Raimi’s DOCTOR STRANGE IN THE MULTIVERSE OF MADNESS (32:19), a Marvel movie that’s a frustrating mixed bag. And on this week’s Patreon exclusive audio, we’re talking about David Cronenberg’s 1981 sci-fi horror film SCANNERS, which is technically the runner-up in our body horror poll.

Hi gang! Evan is on vacation so it’s just Megan and Dave holding down the fort. They start things off with the Nicolas Cage comedy THE UNBEARABLE WEIGHT OF MASSIVE TALENT (2:41), a very silly romp through a weekend in the star’s fictionalized life. Then it’s THE AVIARY (14:54), a tense psychological drama about two women trying to escape a cult. Finally, they talk about FIREBIRD (30:50), a based-on-a-true-story movie about a soulful young soldier who embarks on a clandestine affair with a charismatic fighter pilot on a Soviet Air Force Base at the height of 1970’s Communist rule. Over on the Patreon exclusive audio, Megan and Dave talk about the 1979 Disney cult classic (question mark?) THE BLACK HOLE. 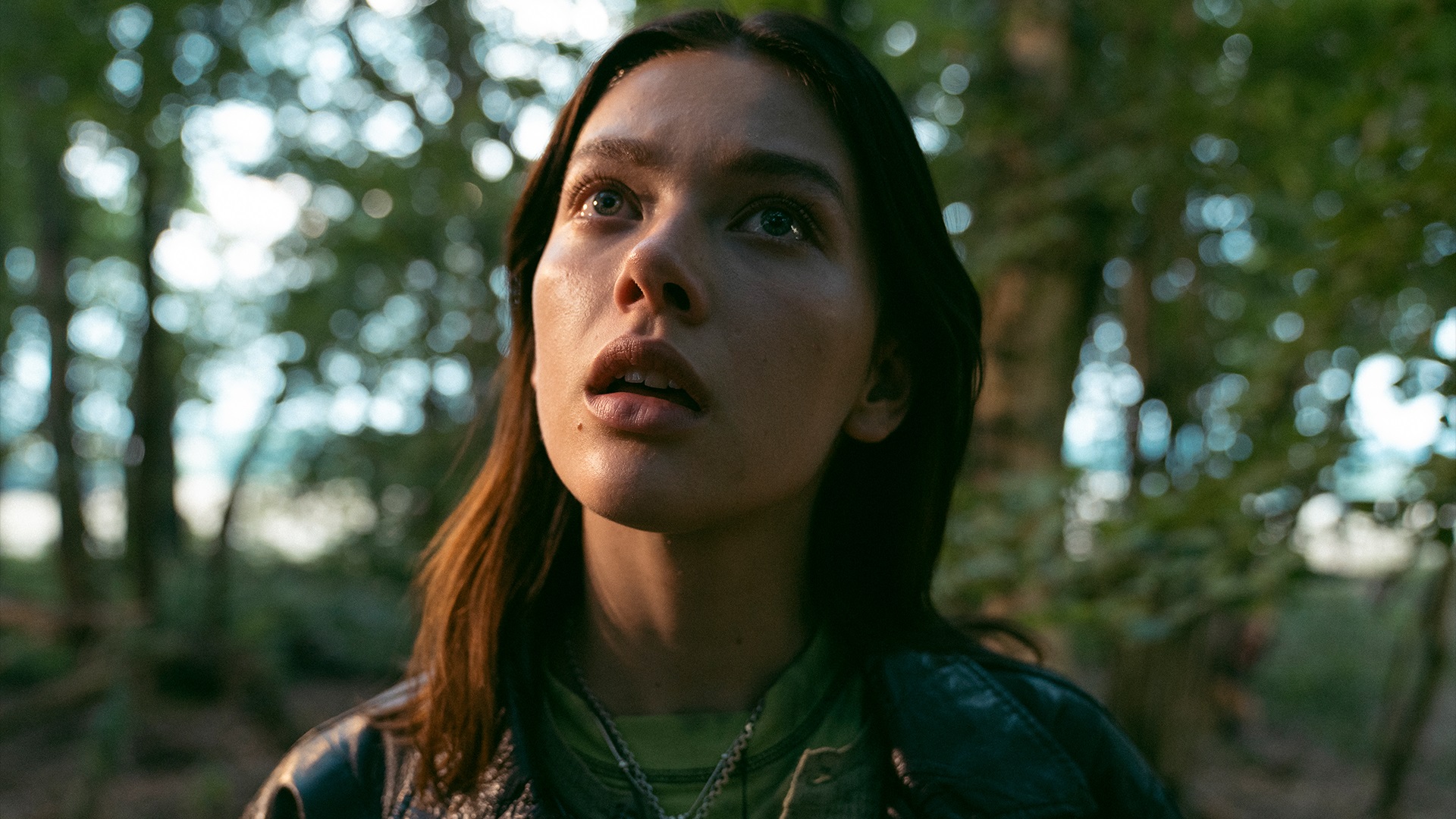 This week we have strong opinions about all the movies we cover. First up, is Josephine Decker’s THE SKY IS EVERYWHERE (1:43), a surreal romance none of us could stand about a teen coping with the death of her older sister. Next, we cover Kentucker Audley and Albert Birney’s colorful sci-fi romance STRAWBERRY MANSION (19:08), a story that’s stylized and smart, but becomes way too weird for one of us. Lastly, we review A BANQUET (30:50), Ruth Paxton’s tense psychological horror film, which we all agree falters in one key area. And in honor of Black History Month, this week we talk about Spike Lee’s biopic MALCOLM X starring Denzel Washington for our Patreon exclusive audio!

We start this week by reviewing Adam McKay’s hotly-debated Netflix climate change satire, DON’T LOOK UP (2:17), digging into the many ways it’s ineffective, and the couple of ways it is. Then we cover Randall Okita’s tense thriller SEE FOR ME (21:20), about a blind woman stuck inside a house full of crooks with nothing but an app and an army vet on the other side of it to guide her. We wrap up with Pedro Almodóvar’s moving, complex drama PARALLEL MOTHERS (33:11), which is about two mothers who give birth on the same day, and oh so much more. We won’t spoil it here, but we sure will in the episode. And in this week’s Patreon exclusive audio, we finally review the 1985 John Hughes classic, THE BREAKFAST CLUB!

We didn’t get a chance to share our top 10 films from 2021 last week, so we’re doing it this week! We each dig into our individual top 10 films from our 2021 Boston Online Film Critics Association Awards ballots, discussing the overlap between our lists, and the unique films that made our respective ballots. First up, is Dave (2:47), whose ballot includes a documentary, comedies, and dramas. He’s followed by Evan (33:20), whose list includes dramas, comedies, and horror. After that is Megan (47:09), whose list includes horror, dramas, and one comedy. And in this week’s Patreon exclusive audio, we decided to review a film with the number 10 in the title, 10 THINGS I HATE ABOUT YOU, starring Julia Stiles and Heath Ledger!

Over on our Patreon, we talk about FARGO, the Coen brothers’ comedic thriller starring Frances McDormand, William H. Macy, and Steve Buscemi. If you join our $5 tier, you’ll get immediate access to that conversation and more than 200 bonus episodes!

Megan is back from vacation, so she’s excited to review this week’s films! We start with Lauren Hadaway’s fantastic unsettling psychological thriller THE NOVICE (2:24) about a college student’s obsessive quest to make her school’s varsity rowing team, starring Isabelle Fuhrman. Then, we review Jane Campion’s beautifully-shot Western THE POWER OF THE DOG (21:42), starring Benedict Cumberbatch, Kirsten Dunst, Kodi Smit-McPhee, and Jesse Plemons. The Netflix film has been racking up awards from many film critics groups, including the Boston Online Film Critics Association, so we have a lot to say about it. And in this week’s Patreon exclusive audio, we change things up a bit by talking about our favorite movie car chases!

We don’t all agree on HOUSE OF GUCCI, but we do all agree that Lady Gaga is great in it

Frequent guest Charlie Nash stops by this week to fill in for Megan. He offers a quick plug for his new podcast, Almost Major, before he reviews Steven Spielberg’s adaptation of WEST SIDE STORY (6:09), which despite his admitted bias against a particular actor in it, offers great spectacle and inspired tweaks to the original story. Next, we all discuss Paul Schrader’s THE CARD COUNTER (16:30), an intense tale about trauma and guilt starring Oscar Isaac, Tye Sheridan, Tiffany Haddish, and Willem Dafoe. After that we delve into Ridley Scott’s HOUSE OF GUCCI (39:28), a movie about wealth and manipulation that we have polarized reactions to. One thing we do agree on: Lady Gaga is great in it. And in this week’s Patreon exclusive audio, we talk about a Patron’s request, Ted Demme’s 1994 dark Christmas comedy, THE REF, starring Denis Leary!

We get a good laugh about how the one-word titles we’re reviewing form a sentence, but after that we get serious about this week’s movies. First, we discuss Tracey Deer’s BEANS (2:22), a layered coming-of-age drama set against the real-life 78-day standoff between the Mohawk community and government forces in 1990 Quebec. Next, we cover Rebecca Hall’s PASSING (22:39), a compelling 1920s drama about race and class starring Tessa Thompson and Ruth Negga. Lastly, we review FINCH (42:21), Miguel Sapochnik’s moving post-apocalyptic sci-fi drama about a man (Tom Hanks) who builds a robot that he must teach to take care of his dog. And on this week’s Patreon exclusive audio, we talk about Penny Marshall’s 1992 baseball film A LEAGUE OF THEIR OWN starring Geena Davis, Lori Petty, and Tom Hanks!