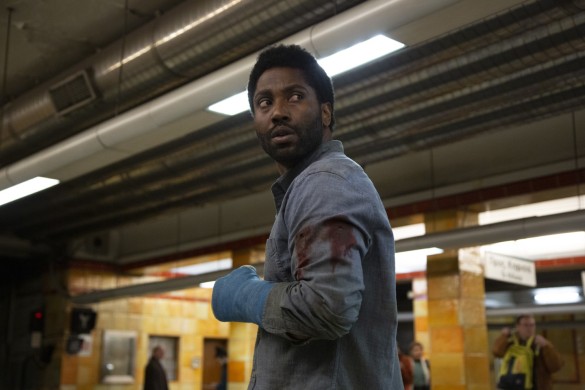 Get ready for a singing animated kinkajou, a ragtag group of antiheroes blowing up a fake Latin American country, and a clueless American getting the crap kicked out of him in Greece! We start this week with Kirk DeMicco and Brandon Jeffords’s sweet but saccharine Netflix animated film VIVO (0:55), starring Lin-Manuel Miranda, Ynairaly Simo, Zoe Saldana, and Gloria Estefan. Next, we discuss James Gunn’s THE SUICIDE SQUAD (15:36), not to be confused with that other awful DC movie about a task force of supervillains, starring an ensemble cast including Margot Robbie, Idris Elba, John Cena, Joel Kinnaman, Daniela Melchior, Sylvester Stallone, and Viola Davis. Gunn’s adaptation is much better, but still has us split. And lastly we review Ferdinando Cito Filomarino’s Netflix thriller BECKETT (37:11) starring John David Washington, which has some strong action, yet weak writing. And in this week’s Patreon exclusive audio, we talk about Sam Raimi’s 2009 horror film DRAG ME TO HELL!

This week, we open with the Netflix drama MA RAINEY’S BLACK BOTTOM (3:34), starring Viola Davis and Chadwick Boseman in the George C. Wolfe-directed adaptation of August Wilson’s stage play about the blues singer and her band. Then we review George Clooney’s post-apocalyptic Netflix sci-fi film THE MIDNIGHT SKY (15:18), with Felicity Jones and David Oyelowo. Next, we discuss the first-ever Tom Hanks Western NEWS OF THE WORLD (29:21), directed by Paul Greengrass and co-starring Helena Zengel. We wrap up with Emerald Fennell’s darkly comedic revenge tale PROMISING YOUNG WOMAN (42:42), starring Carey Mulligan. And on this week’s Patreon bonus audio, we discuss the 2006 Nancy Meyers rom-com THE HOLIDAY, because tis the season.

This week, our friend Megan Kearns returns to the show! She kicks things off with PRIVATE LIFE (3:02), a frank and moving depiction of a couple’s attempts to conceive. Next is Evan with LIFE WITHOUT BASKETBALL (7:37), a documentary about a Muslim American woman who faces discriminatory rules regarding dress, preventing her from advancing her basketball career. Then, Kris runs us through SALEM’S LOT (11:31), the classic spooky miniseries based on the Stephen King story, as well as Orson Welles’s THE OTHER SIDE OF THE WIND (15:33), a film forty years in the making. It’s a true masterpiece, argues Kris, and you should all see it on Netflix now. Then, Kris and Evan look at BOY ERASED (21:48), Joel Edgerton’s film about  gay conversion therapy, with some good qualities but an unfortunate amount of overlap with THE MISEDUCATION OF CAMERON POST. Last up, all three get less and less enthusiastic about Steve McQueen’s WIDOWS (40:11). 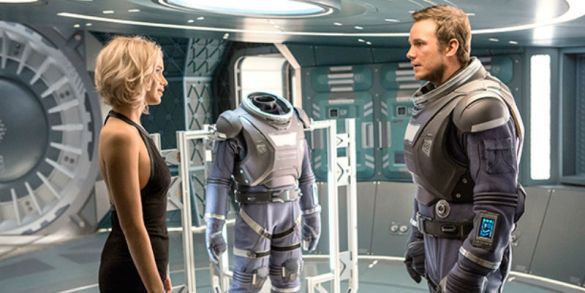 Chris Pratt as an awful human being in PASSENGERS.

So much Spoilerpiecing to do this week! We lead things off with a call from a friend in France, and then we get down to spoiling the snot out of ASSASSIN’S CREED. Evan follows that up with Almodovar’s JULIETA, and then Kris uses all his strength to get through PASSENGERS, which sounds like it was an ordeal and a half. Finally, Evan and Dave talk FENCES, Denzel’s latest directorial effort (an adaptation of August Wilson’s renowned play).

Chris Hemsworth is a hacker who can also masterfully shoot guns in “Blackhat.”

Well, it finally happened. A movie made Evan really, really angry. And the thing that made him angry is a movie he otherwise liked. That’s right, gang! It’s Michael Mann’s BLACKHAT (which Dave didn’t know was Michael Mann until five minutes before the screening), and AMERICAN SNIPER. Plus, Kris has the best line of the night in his one-sentence description of Chris Hemsworth’s character in BLACKHAT. Anyway, there are plentiful tangents, and we also wanted to say thank you for listening! Last week was our most downloaded yet.